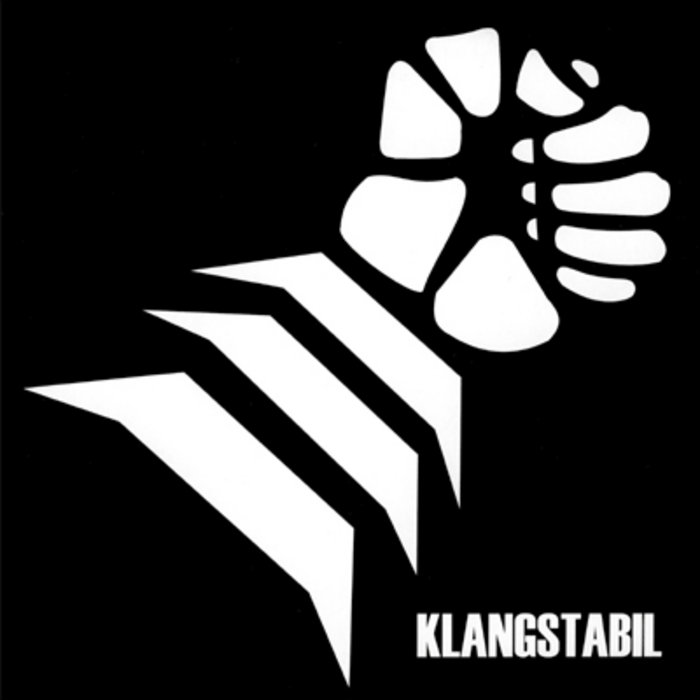 the 7" record "fünf minuten klangstabil" titled "fünf minten klangstabil 1" is in itself 5 minutes of klangstabil. It's part of a concept which is outlined here. As every human (animal, organism) has some special quality, i.e. look, character, smell, klangstabil tried to find their very own sound.

procedure: at first, both tried seperate, their own tones, exploring their own sounds. thereby some interesting facets of each were discovered. to create the klangstabil sound, both sounds were combined. whenever klangstabil comes together, it is the sound, as an initmate act in it's widest range, which is revealed here.

the sound itself: the sound remains exactly constant for exact 5 minutes. the sound has no attack- or decay phase, it remains constant, as well as the overall loudness and the volume of all the tones in the mix. audible are parts of tones (atonal), mixes of sound and timbre, which could only be created with the help of electronic music instruments.

energy: the sound in itself is steady, yet needs energy to remain constant. adding or removing energy from it would result in a change followed by a collapse. to explain the energy-theory more vivid, a turntable with pitch adjustment could be used. the persistence of the sound (exactly 5 minutes), describes the monochronism, which klangstabil practices sickly concerning organizational matters.

effect: fünf minuten klangstabil 1 sounds like the very early synthesizer ages, and thats how it should be. as always, klangstabil deals with the origins. examining the sound from it's technical view, it would be interesting, which frequency the sound has, of how many different pitches it consists, if the sound is unison, is it mathematically harmonic. as well as the subjective approach, how you feel the sound, what it causes in yourself and if it complies your own understanding of harmony.

klangstabil: "when we played played the sound we noticed, that certain frequencies in our voice were wiped out while talking at each other. even here, the klangstabil idea of "fünf minuten klangstabil 1" is reflected. the sound is like a perfume, it's a sound-perfume so to speak, just when you walk around in the room and concentrate on the sound, the whole spectrum of the sound gets clear. the sound can be used anywhere, it could be mixed with other music (i.e. "fünf minuten klangstabil 2"), also used as raw material to create new things.

fünf minuten klangstabil II: the other side also has the basic klangstabil idea. the title starts and ends shortly afterwards, but it goes through an "evolutionary destruction", which is necessary for it's survival. a circle which is closed now, because it's stable (stabil)- klangstabil.